Dr. Barnabas Bede earned his Ph.D. in Mathematics from Babes-Bolyai University of Cluj-Napoca, Romania. His research interests include Fuzzy Sets, Fuzzy Logic and Image Processing. He serves as editorial board member of the journals Fuzzy Sets and Systems and Information Sciences.

At DigiPen he develops class material for Fuzzy Sets and various topics in Mathematical Analysis.

His affiliations include the Research Institute for Computer Techniques, UPB, KUL, King’s College London, Los Alamos National Laboratory, Rose Research, Washington State University, United Arab Emirates University, and "Aurel Vlaicu" University of Arad, while his research interests have constantly been on biological-inspired nano-circuits and brain-inspired nano-architectures (low-power, highly reliable, massively parallel), being funded at over US$ 41M, and publishing over 250 papers (42 invited and 11 patents) as well as giving over 190 invited talks and organizing over 100 conferences.

Dr. Beiu received 5 fellowships and 7 best paper awards, and is a member of ACM, INNS, ENNS, and MCFA. He was a member of the SRC-NNI Working Group on Novel Nano-architectures, the IEEE CS Task Force on Nano-architectures, and the IEEE Emerging Technologies Group on Nanoscale Communications, and has been an Associate Editor of the IEEE Transactions on Neural Networks, Nano Communication Networks, and IEEE Transactions for Very Large Scale Integration Systems.

Alfred M. Bruckstein holds the Ollendorff Chair in Science at the Technion, IIT, in the Deppartment of Computer Science. A graduate of the Technion, with a BSc and an MSc in EE, he earned a PhD at Stanford University, in the EE Department, in 1984. Since then he is on faculty at the Technion, with long-term visiting professorship positions at Bell Laboratories at Murray Hill, NJ, USA (from 1987 to 2000), and at Nanayang Technological University, in Singapore (from 2009-present). His shorter visiting positions include Tsing-Hua University in Beijing, China (2002-2003), and visiting positions at Universite d'Evry, Paris France, at CEREMADE, University Dauphine, Paris, france, and Karlsruhe University in Germany. At the Technion, Professor Bruckstein served as the elected Dean of the Graduate School, from 2002 to 2005, and as the Head of the Technion Excellence Program for Undergraduates, from 2006 to 2012. He is a member of the MAA and AMS, and in 2014 he was elected Fellow of SIAM for contributions to Signal Processing, Image Analysis and Ant Robotic.

My talk surveys recent work on swarms of simple, myopic, mute, memoryless (oblivious) and mobile agents. Such multi agent systems in nature, like ant and bee colonies, schools of fish, or flocks of starlings, can perform various tasks by implicit collaboration via local sensing and/or pheromone signaling. The tasks are gathering, foraging, surveillance, cleaning, patrolling and intruder detection, and accomplishing these is the result of some motion reactions by the agents, in response to information they gather locally on the environment and on their nearby neighbors. In man-made swarms of simple mobile robotic agents, the local response algorithms must be designed in order to achieve desired global behaviors, and the process of design and subsequent analysis and proofs of performance often pose formidable mathematical challenges. A successful design, however, can achieve scalable systems, with built-in reliability through redundancy, with performance factors dependent on the number of agents active in the system.

Yezid Donoso received the System and Computing Engineering degree from Universidad del Norte, Barranquilla, Colombia, in 1996 (IEEE M’02 – SM’05) , M.S. degree from Universidad de los Andes, Bogotá, Colombia, in 1998, D.E.A. in Information Technology from Girona University, Girona, Spain, in 2002 and the Ph.D. (Cum Laude) in Information Technology from Girona University, Spain, in 2005. He is currently Associate Professor at Universidad de los Andes, Colombia and Coordinator of the Information Security Master Program and Academic ViceDirector of the Department. He is Senior Member IEEE, DVP (Distinguished Visitor Professor) Computer Society IEEE from 2005 to 2009 and President IEEE Colombia Section 2013 – 2014. Dr. Donoso has several national and international awards and medals. Biography published in the books: “Who’s Who in the World”, edition 2006 and “Who's Who in Science and Engineering” by Marquis Who’s Who in the World and “2000 Outstanding Intellectuals of the 21th Century” by International Biographical Centre. Cambridge, England, 2006. “Distinguished Professor”, given by Universidad del Norte. Colombia. Octubre 2004. National Award of Operations research given by The Colombian Society of Operations Research. 2004..He is the co-author of several books, including Multi-Objective Optimization in Computer Networks Using Metaheuristics and Network Design for IP Convergence and He has more than 240 papers published between journals and conferences.

Web of Science Citation Report for Prof. A. Kaklauskas:

PhD Dr.Sc. A. Kaklauskas is a professor at Vilnius Gediminas Technical University, in Lithuania; Director of the Research Institute of Smart Building Technologies; Head of the Department of Construction Economics and Property Management; laureate of the Lithuanian Science Prize; member of the Lithuanian Academy of Sciences and editor of Engineering Applications of Artificial Intelligence, an international journal. He contributed to nine Framework programme, two HORIZON2020 projects and participated in over 30 other projects in the EU, US, Africa and Asia. The Belarusian State Technological University (Minsk, Belarus) awarded him an Honorary Doctorate in 2014. His publications include nine books and 121 papers in Web of Science Journals. Fifteen PhD students successfully defended their theses under his supervision. The Web of Science H-Index of Prof. A. Kaklauskas is 23. Web of Science Journals have cited him 1764 times. His areas of interest include multiple criteria decision analysis, intelligent decision support systems, affective computing, big data analytics, intelligent tutoring systems, intelligent library, internet of things, life cycle analyses of built environments, energy, climate change, resilience management, healthy houses, sustainable built environments, etc. 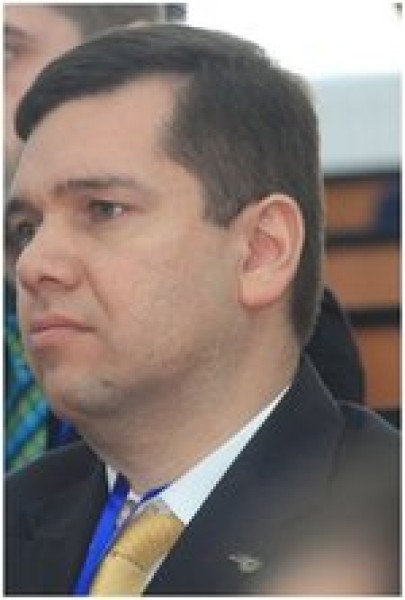